Baking season is officially back in swing as ‘The Great British Bake Off’ returns to TV for it’s tenth series.

A favourite of food-lovers across the UK, the show introduces a new batch of amateur bakers each year, show casing their amazing confectionary creations (and some soggy bottoms) to the nation.

But who are the everyday heroes behind the aprons and how did they manage to rise in their careers?

Ruby Bhogal, a finalist in last year’s series of series, sat down with RailStaff.co.uk to discuss her career path in the rail industry; detailing her journey from hopeful Talascend candidate to scheme project manager at Network Rail and her eventual baking superstardom. 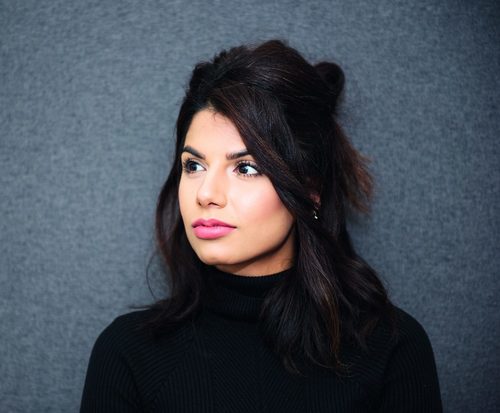 Ruby Bhogal made her TV debut on GBBO in August 2018, where she wowed the judges with her baking skills and worked her way into the grand final.

Little did her colleagues at Network Rail know of her late Friday evening journeys to Berkshire, and long 5am-10pm weekends in the famous tent. It was only after filming had finished and the first episode had aired that Ruby’s secret was finally out… she had been competing on one of “Britain’s most treasured TV shows” for the past 6 weeks, getting stuck in to the weird and wonderful challenges set by the Paul Hollywood and Prue Leith.

Keeping her baking talent a secret

Ruby initially struggled with keeping her time on Bake Off a secret: “I told so many lies (to my family and friends), it was awful. But everyone at work has been really made up and hugely encouraging. They were just very annoyed that I hadn’t brought in any bakes before that. And that’s all I ever get asked for now – just, where’s the cake? It’s not about me anymore.”

There were only 3 people who knew of her adventure, and they were her boss Suresh Kavia, Project Manager Gerry Bona and Liam Farrell, a member of Network Rail’s communications team. 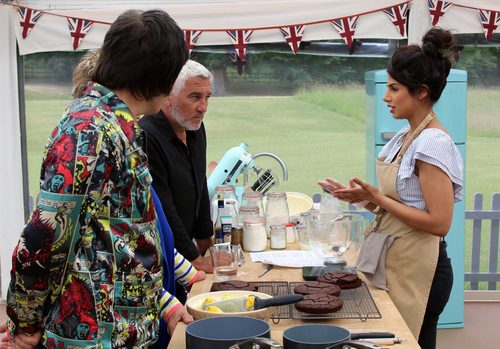 “I knew Bake Off was big, but I didn’t realise just how big,” Ruby told RailStaff.co.uk. “The minute your picture is released people go crazy. No details are released other than your name, age and the city you’re from but people will find you.

“I remember logging on to my computer at work and having emails from so many different people in the company. That was fantastic because it just showed how many people were so enthused about another person in the rail industry representing Network Rail and representing it in a good way and showing just what women can do in the construction industry."

Kickstarting her career in the Rail industry

Ruby originally started her career in Rail in 2013, after graduating from Liverpool John Moores University with a masters in Architecture. Finding a job wasn’t plain sailing though, as it was at a time in the construction industry where there was a severe lack of jobs and the competition for graduates was at a high. But after 2 months of no luck, Ruby decided to take a different approach and sent her CV to a number of recruitment agencies, one of which was Talascend International:

“They asked me whether I’d be interested in going in for an interview as a Project Management Assistant at Network Rail and, to be honest, I’d never thought about going into the rail industry, never thought it’d be something that’d interest me, but I just kind of thought – ‘Why not? I’ve got nothing else at the moment. So, let’s just give it a go and see what happens.’”

With that decision, Ruby’s career journey in rail began.  After securing an interview through Talascend, she met with her soon-to-be managers in our hometown of Warrington and was offered a role in Network Rail’s Works Delivery Unit, which specialises in electrification and plant and early works. Ruby was there for 3 years, working on projects covering Warrington, Manchester, Liverpool and Wigan before taking some time out to go travelling, but she loved every minute and she would soon return to the rail industry. 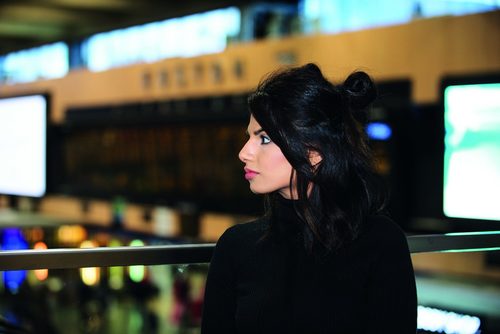 She told RailStaff.co.uk, “The thing that I really loved about working up north – and why I stuck with rail – is because everyone I was working with was so passionate about the work they were doing.”

“I’d been up north for about 10 years and started to develop a Scouse accent so my mum wasn’t very happy,” she joked.

Speaking about her return to the rail industry, Ruby shared that it wasn't easy to find a new role so quickly. “I think it was a bit naïve of me thinking I could fall into a job straight away when I came back to London. It’s such a huge city with a vast amount of people, and incredible talent. I learnt the hard way. I was a tiny fish in a very, very big pool.”

It took 6 months for Ruby to get back on her feet and find a job in rail again, but it wasn’t time wasted, as this is where she discovered her talent and love for baking.

“I had a bread book that my sister had bought me years ago. It said that it takes about five hours to make some bread so I thought ‘Well, how else can I waste my day?’

“I guess it was during that period of unemployment where it gave me – this is going to sound all very cheesy – I think it gave me a bit of reason to my day, a focus. It kept me sane. It was a real testing point for me, mentally, to keep myself on track and not get too down about the fact that I wasn’t getting a job and all my friends were working and moving forward in their lives.”

Back on track at Crossrail and Network Rail

It was Crossrail who came to Ruby’s rescue, offering her a job working with clients on the operations and maintenance side of things, but it wasn’t long before Network Rail was back on Ruby’s radar.

In July 2017, Ruby jumped at the chance to work on the Thameslink project, starting as a Scheme Project Manager on the Canal Tunnels between Kings Cross station and the Thameslink route at St Pancras. She boasts of her work on platform level access at Blackfriars, King’s Cross, Thameslink and Farringdon as she is passionate about providing accessibility for everyone, especially those with reduced mobility. 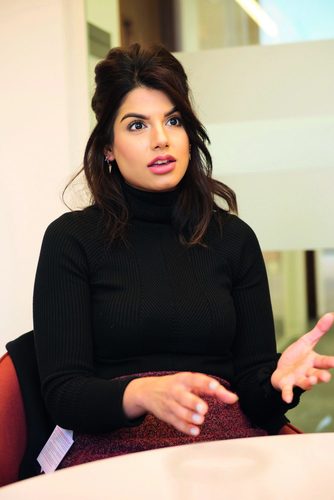 She told RailStaff.co.uk, “I’ve read a lot of stories where someone of reduced mobility has gone on a train, made the phone call and said ‘I’d like to get off at X stop’ and they haven’t got there in time to assist them with the boarding ramp, so then they’re stuck on the train.

“How that person must then be made to feel and how that changes their everyday – it’s something that we take for granted.

“It’s been fantastic to get their feedback and see how something as simple as having a hump on the platform to allow them to access the train without any assistance, how much that has changed their life. It gives them a sense of independence.”

Ruby has since moved on to other projects on the Thameslink programme, including the closeout of the civils work at London Bridge Station, working with the likes of Balfour Beatty and Siemens.

The future looks bright for Ruby, as she revealed the Great British Bake Off has opened a number of doors outside of her rail career. Since leaving the show, she has enjoyed attending many corporate events, rubbing shoulders with the likes of Jamie Oliver and her favourite boxer Anthony Joshua.

More importantly, however, Ruby is now able to use her platform to encourage more women and young girls to consider branching into the construction industry. In partnership with the Construction Industry Training Board, she is now working on material that details her time in rail construction to be shown to Year 9 pupils.

Here at Talascend International, we are proud to have helped Ruby kickstart her career in the rail industry and wish her all the very best for the future.

If you are looking for your next rail career move, get in touch with us today on 0161 507 8370 or email your CV to manchester@talascendint.com.